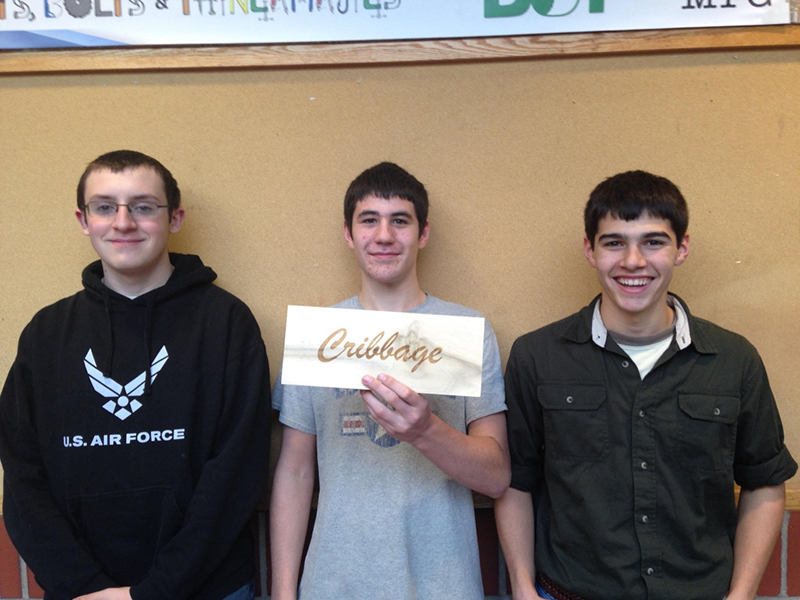 According to pre-engineering teacher Frank Xydias, the boards were designed using the latest 3D parametric modeling software and CAM program. The students ran the program on a CNC router at which time the boards received detail with a laser engraving at Manchester Community College. The boards were then stained, assembled, and hand delivered by students, some of whom played cribbage with residents at one of the nursing homes.

“We were glad to give back to a community which already does so much for us,” said student Josh LaLancette. Noting he learned a lot in the project, fellow student Jackson Whitehouse said they worked through many problems from start to finish. “It was hard but worth it,” he said.

Student Jacob Girouard agreed, as he added, “Building the cribbage boards was an interesting experience. We had many hurdles we had to figure out and how to overcome them in order to create the finished product.”

Acknowledging the project was originally to be done in-house, Xydias said it was the students themselves who suggested making the boards for local nursing homes. “I followed their lead and supported their efforts,” he explained. “Having an opportunity to interact with the residents was a wonderful and unique experience.”