Career and Technical Education Changes with the Times 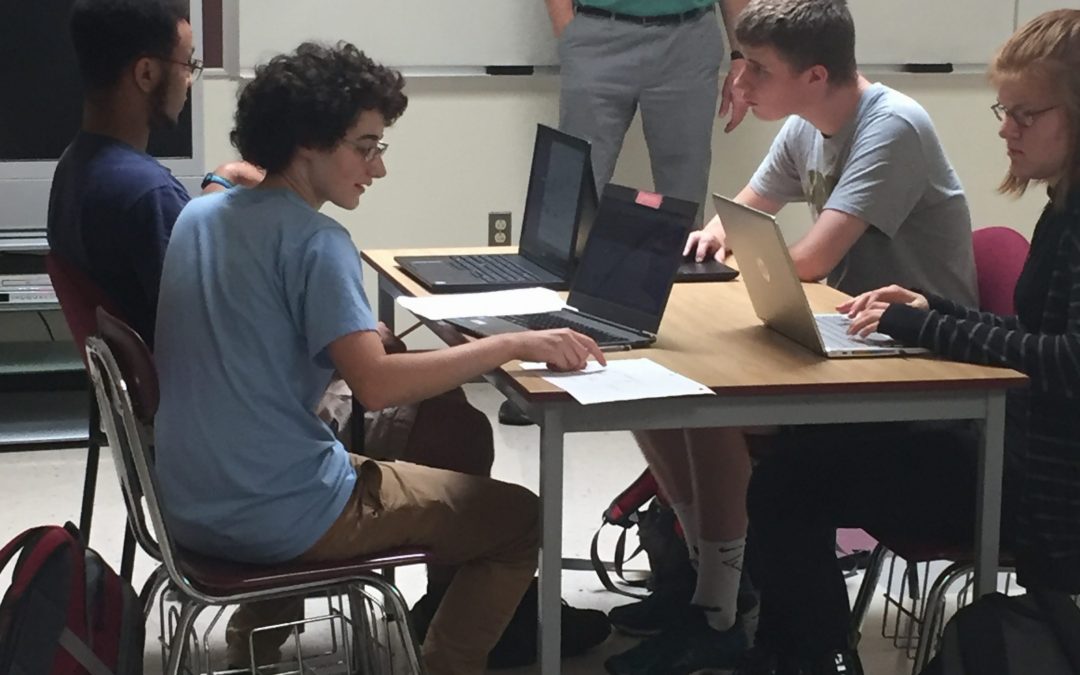 With a dynamic curriculum and growing public-private partnerships, the Portsmouth Career Technical Center is preparing its 280-plus student population for the challenges of a 21st century economy.

“Our goal has always been to give our students the experience and certifications they need in industries that will allow them to stay right here and home and make a really good living,” said Diane Canada, Career Technical Education Director. “When you look at which jobs are available, and which industries really need skilled workers, we’ve found a nice balance here in Portsmouth.”

Changing the dynamic
Launched in 1977, Portsmouth Career Technical Center’ s focus was largely vocational in focus and scope. Serving first as a culinary arts instructor, Canada saw the center grow to include courses in electronics, automotive, TV production, and even architecture.

While language at the federal level began to shift—from “vocational” to “career-technical”—Canada and her peers recognized even then where the real change was taking place.

“It was about letting people see and know that while we were still offering some traditional trades and programs, we were also getting into the new and developing industries in our state,” she said. “This remains a big motivator for us, which is to provide a workforce for our state while giving students the skills they need to prosper.”

When she took over as director 10 years ago, Portsmouth’s Career and Technical Education (CTE) was in a state of transition, as the school opted to add more business courses. Canada believes the move was instrumental in helping recalibrate the school’s CTE strategy.

“As in many high schools, a lot of our students have goals of majoring in business in college,” she explained. “This was an initiative that my former director had started and I felt it was important to continue it.”

With two full-time business teachers, Portsmouth High has launched a number of promising initiatives in recent years, including a two-year, state-sanctioned entrepreneurship program. Two classes, Accounting and Intro to Business, are offered as Running Start courses in conjunction with Great Bay Community College.

Though demand in construction has never been higher, Canada and her colleagues have completely reimagined their school’s approach to the trade, combining courses in architecture and construction to create a new program called Design-Build. According to her, the plan is for students to work side by side with industry experts on projects in and around the city.

“Our long-term vision is to have full-scale projects where students are designing and building as part of the class,” she said. “We’ll also have tradesmen from the community come in—plumbers, HVAC professionals, electricians, architects—and expose students to all aspects of that industry.”

With support from the New Hampshire Charitable Foundation, the center launched a dedicated computer science program, which garnered assistance from Great Bay’s IT Department Chair, Meg Prescott, who provided the program with “a running start” by teaching GBCC courses at the high school for two years to build interest. This year, the CTC has a hired yet another computer science teacher who will continue to build the program.

“Portsmouth is a community where 80 percent of students go on to post-secondary institutions, so we’ve really needed to create niche programs that were unlike anything else in the state,” Canada said. “I think we’ve done that.”

For Canada, the goal of CTE is to stay ahead of the curve.

“The most exciting thing for us is when our students come back after their first year in college, or even during their first year, and tell us how prepared they were,” she said. “We’re proud of what we’ve been able to accomplish, but it’s also important to remind parents and students that these programs are available statewide and they’re getting better all the time.”