Framing Learning Around What Interest Students 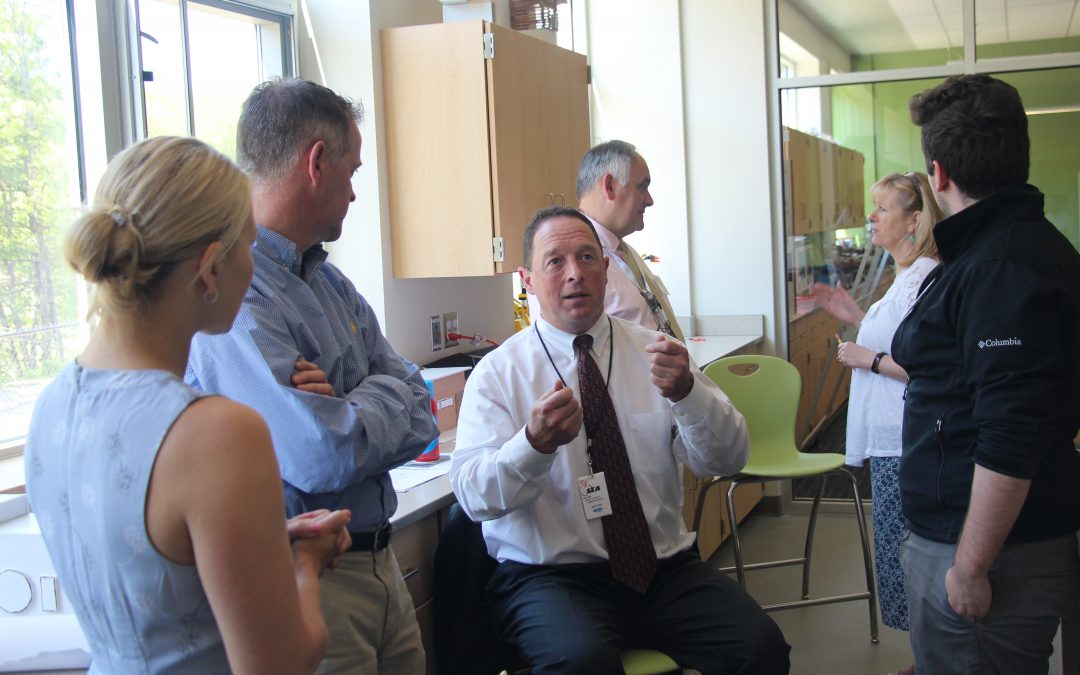 As part of the Creative Computing Challenge (CCC), a five-year program funded by the National Science Foundation, teachers at two Career & Technical Centers in NH this past year engaged students in creating their own apps. While on the surface, the class could be characterized as “computer science,” its purpose was to help teach computational thinking integrated into already on-going CTE class content.

Noting that computational thinking is really just “logical thinking,” Killion said that the applicability of the concept is quite broad.

“If you break things to simple questions like yes or no, you can logically build tools that can really handle complex tasks,” he said. “Working through this logic requires clear thinking and an ability to break down problems into very small parts in a step by step logical approach.”

Whereas Killion had students in his class create print and digital promotional collateral through the Adobe Creative Suite, students at the RW Creteau Regional Technology Center in Rochester worked in entirely different arenas.

Taught by Tracy Mitropoulos, one Accounting class provided students with the opportunity to create a fictitious business with the second focused on assessing child development milestones. She acknowledged, however, the second class was much more successful.

“They met with a preschool teacher and decided what they wanted to assess–it was more real for them,” she said. “There really was not a problem to solve in the accounting class, so the interest in it was not there.”

For Mitropolous, the resistance she met in the accounting class serves as fuel for the future.

“Unlike my Child Development students, my Accounting students did not have a ‘real purpose’ other than a grade for really caring about the app they were creating,” she said. “I need to find a way to make the Accounting App Project more meaningful.”

For Killion, his experience helped to open up his thinking about computer programming.

“My perception had always been that programming was about learning a language, but in reality it’s actually quite simple,” he noted. “As a teacher, I realized my perceptions about programming may have influenced my own students–and already this year, I had one young woman decide she was going to pursue a career in programming.”

Both teachers’ experiences within the classes helped to highlight an idea fundamental to CCC itself, which is that education is more effective when it frames the learning experience around what interests the students.

“A lot of questions were generated [in the class]–and although I often didn’t have the answers, it made me think of how relating content to what kids care about can really generate results,” said Killion. “The students really wanted to learn, and that attitude can make all difference in any subject area.”

Mitropoulos agreed and added, “Having a real purpose, or use for the completed apps, was motivational. As the Child Development students began assessing their preschool children, the sense of accomplishment they felt was palpable as they shared their experiences…As teachers, we have to be willing to embrace something new.”

This is the second of a multi-part series on CCC and the relevance of computational thinking in the classroom and industry in NH.