Mapping out a New Course for CTE 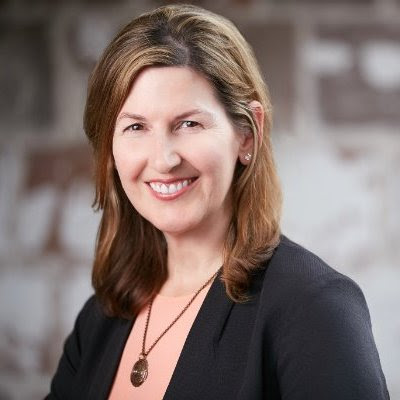 Lasting several months, the search resulted in the hire of Christine Carr, a NH native who has helped more than 500 small technology businesses launch and grow through her work at the Canadian Consulate in Boston. She is also the Co-Founder of the Canadian Technology Accelerator in Boston, an incubator program that helps Canadian startups launch in the United States

“I am very passionate about growing new organizations and launching businesses,” she said. “I think a big reason behind my enthusiasm for this line of work was watching my parents establish and build a successful NH-based manufacturing business.”

Describing both her father and brother as “gifted machinists,” she said her deep respect and passion for technical expertise and craftsmanship is in her DNA.

“I think my background—both professionally and personally—helps provide me with some important initial insight into the task at hand. In regards to her role, she said her first order of business is to help launch, establish and grow NHCTE.

“NHCTE is a large career and technical community that consists of more than 10,000 students, parents and families as well as hundreds of teachers, employers and other supporters,” she said. “The potential behind this community is extensive.”

Mapping it out
In mapping out the CTE landscape around the state, Carr laid out a 4-step action plan. She said her first move is to meet with the directors at each of the state’s 27 CTE centers within the next 90 days.

“I want to meet with the directors in their own environments and learn about their networks, existing partnerships and their unique cultures,” she said.

She said her objective in meeting with individual directors is to get a sense not just for the commonalities that bind each center together, but what differentiates one from the other.

“I want to get past the quantifiable data—‘x’ number of students or programs—and get to the qualifying factors, the things that will capture the imaginations of those inside and outside the CTE community,” she said.

According to Carr, step two and three of her plan consists of highlighting what is unique about CTE and then demonstrating what has already been accomplished.

“CTE has been delivering for decades – it is proven and validated, happening right now,” she said.  “People need to understand that and feel proud and excited about it…All stakeholders need to be engaged.””

“I call it ‘market momentum,’ which means we have the chance to capture this opportunity at this point in time right here in this moment,” she said. “Everything is aligned right now and that is a very rare occurrence for any organization—it is what attracted me to this position. My role is to catalyze each area of potential growth and encourage the community to take over. I believe this can happen here in NH with CTE.”