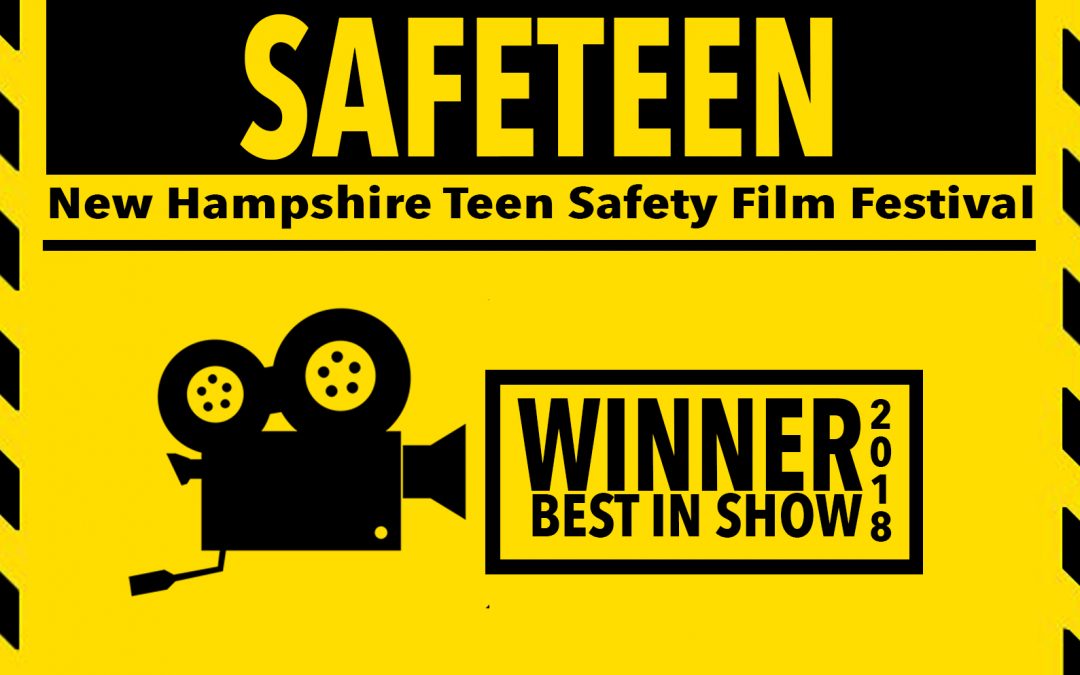 On May 29th, a packed house is expected at Pinkerton Academy from 6 to 9 pm in the Stockbridge Theatre for the first annual SAFETEEN Awards and Film Festival.

At the event, awards will be given out I various categories, some of which include: Best Fire Safety Film, Best Suicide Prevention Film, Best Substance Abuse Film, and Best Non-Traditional Workplace Awareness Film. According to Chris Lord, video production teacher at Pinkerton Academy, the event is a unique opportunity for high school film makers to receive recognition in a subject that often has people reaching out to him.

“Each year as a video production teacher, I get several requests for projects pertaining to teen safety,” he said. I get requests for PSA’s, short films, music videos, commercials and campaigns. They come in from both internal and external sources pertaining to teen safety—school clubs, local not for profit associations, various departments at school, local fire and first responders.”

“From this, I knew there would be fantastic content at schools around the state and a need for a festival like this one,” said Lord, who noted it is also not too late for high school students statewide to submit a video for consideration.

“The submission deadline is fast approaching for April 10th,” he said. “I have reached out to many video teachers myself but wanted to make sure all CTE centers are aware—We have a lot of sponsors, trophies and prizes, too.”

The event is expected to attract a large audience with everyone from experts in various fields of safety to NH Senators and perhaps the Governor—all of whom have expressed a desire to honor students contributing to teen safety.

In expressing excitement for the event, Lord said he also feels it helps to highlights some larger societal issues.

“I think many teens have been emotionally disturbed by the rise in school shootings, opioid addiction, and bullying as well as in the increasing disconnect and hardened discourse on these topics,” he said.

My hope is that a celebration of teens caring about other teens’ safety and celebrating teens doing things to help one another to be happier, healthier, and safer will lead toward building positive discourse and care for everyone’s safety.”

As for content at the show, he anticipates a mix of groups of nominated student films organized by respective safety messages with presentations by first responders and other safety stakeholders from across the state.

“Awards will be given to recognize top film projects and to recognize students that have contributed to teen safety in various ways during the past year,” said Lord. “The hope is to make this an annual event that celebrates teen safety.