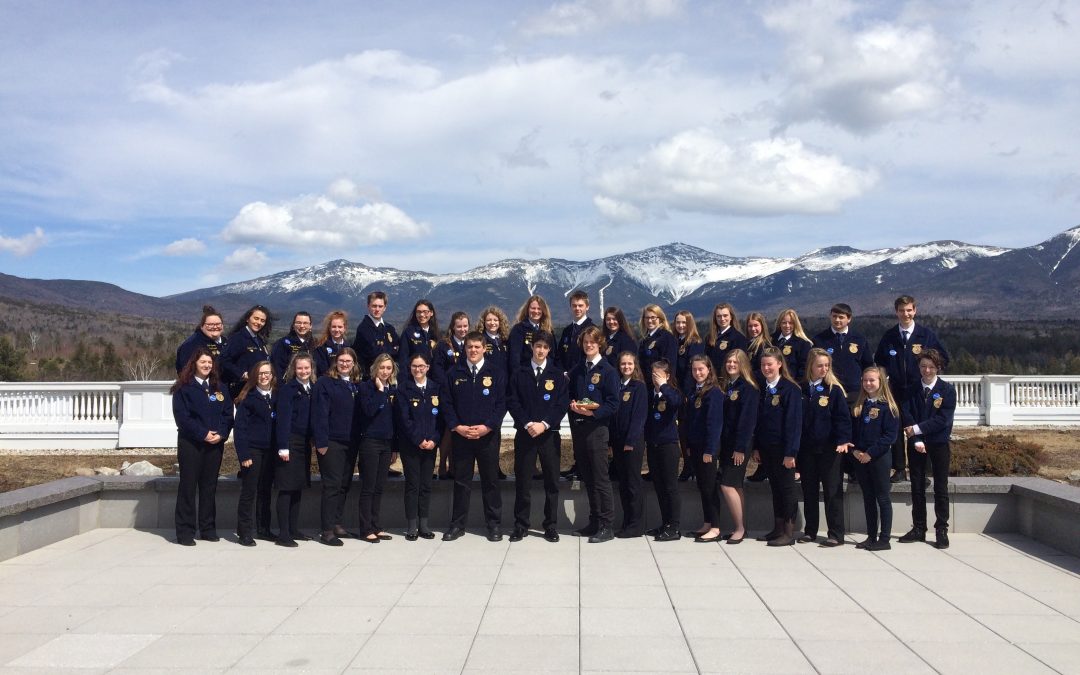 Recently, Margaret Callahan, principal at Seacoast School of Technology (SST), was awarded the Honorary State Future Farmers of America (FFA) degree in recognition of her support and dedication to agricultural education students in New Hampshire.

Acknowledging she was “overwhelmed” and “stunned” by the accolade, Callahan said the real story is the strength of the Animal & Plant Science program at SST.

“It consistently has one of the highest enrollments of any program in the school and the longest waiting list,” she said. “It is extremely popular and we have an incredible teacher in Anne DeMarco.”

It is a program, said Callahan, she has long supported.

“They work hard and they believe in what they are doing and they have a great teacher, so it just makes sense to support it,” she said.

In speaking about the program, she noted one of its most important aspects is student involvement in various fairs and competitions that test their respective skills and knowledge.

“We typically bring 70 kids to the Deerfield Fair, and every one of those students is going to compete in something, so it is very much a business trip for them – it is serious stuff,” she said.

She said students in Animal & Plant Science also typically earn spots at the Eastern State Exposition in the fall in Springfield, Massachusetts. She described it as “a huge agricultural event.”

“ I have even been to the national competition with them and I typically go to the Granite State FFA Convention every year,” she said.

“It is a great program and the kids are amazing,” she said.

According to Callahan, another key aspect of the program is the FFA itself.

“Through FFA events, students are learning not only how to compete, but leadership, which is related to all of those skills learned in competition,” she added.

“Not enough people know about FFA or agricultural education in the state,” she said. “I want people to know FFA and agricultural is not something from the past. It is about our future. These students are all learning about the future of agriculture and the scientific side of everything.”

She cited examples of current work by students as consisting of artificial insemination on cows, aquaculture, aquaponics and hydroponics.

“It is very scientific and important stuff,” said Callahan, who credited DeMarco for her efforts.

“We are really fortunate that we have the teacher we have and that the students are pursuing this education,” she said.